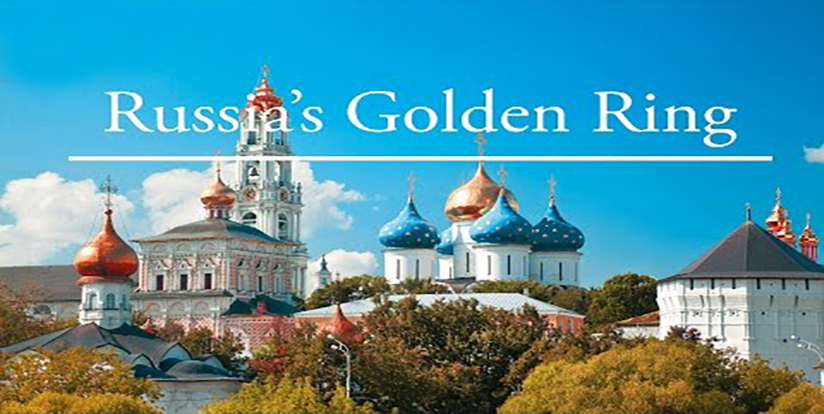 The Golden Ring of Russia

The name Golden Ring belongs to the tourist route across Russian ancient towns located not far from Moscow. Number and names of towns in a certain route may vary, they depend on the tour duration and customer requests.

The city of Vladimir is called the gates of the Golden Ring of Russia. And the fact that the city is famous for its Golden Gates is not the only reason for this. For over 250 years the city of Vladimir was playing an important part in the history of Russia being the capital of the country. It was until 1432 that Grand Dukes of Moscow princedom were crowned in the Assumption Cathedral in Vladimir. It is presumed that the city was founded as an outpost of Russian borders by Yuri Dolgoruky in 1152. Since 1246, Kostroma was the centre of an independent princedom and in the centre of the XIV century after the princedom was joined to the princedom of Moscow it became the foothold of Russia in Volga Region. The planning of the city is an example of Russian town planning. The gem of the centre of the city is a unique ensemble of functioning shopping arcade built in the XVIII century. Kostroma also has one of the most remarkable churches of the Upper Volga Region – the Resurrection Church of Debra. The city is tightly connected with the election of Mikhail Romanov to the throne in 1613. This event took place in the famous Ipatiev Monastery now called "the cradle of Romanov dynasty". The city of Rostov emerged in the lands belonging to the Finno-Ugric tribe the Merja. The legend has it that its founder’s name was Rosta and he gave this name to the city. This way or another the year of foundation of Rostov is considered to be the first mentioning of it in the chronicles, in 862. Starting already from the XII century the city has been called the Great. This did not refer to the size of the city, but the magnitude of social and religious power accumulated in one place. From the moment the Christianity was brought to Russia and until the XVIII century Rostov was the centre of the eparchy. In the period of feudal fragmentation of Russia (XII-XV centuries) Rostov first became a part of Grand Duchy of Vladimir, and then, in 1212, it became the capital of an independent Duchy that later was split into several small parts. For a long time Rostov was considered to be the major religious centre of the Duchy of Rostov and Suzdal. And Rostov gained world fame because of the magnificent ensemble of the metropolitan court built in the XII century. Later is became known as the Kremlin of Rostov. At present there unique memorials of the XV-XIX centuries preserved in the territory of the city. Suzdal is the most beautiful city of the Golden Ring of Russia. The specific date of its foundation is unknown; it was first mentioned in the Novgorod Chronicle, in 999. It has a population of 11 thousand people. The number of monuments of old Russian art in Suzdal is incomparable to any other city. You will be impressed by the condition of the preserved old-times image of the city. Suzdal is rightfully considered to be a museum city. Today there are over 200 landmarks of civil and church architecture of XII-XIX centuries. The city of Suzdal is the touristic centre of the Golden Ring of Russia attracting a lot of foreign and Russian tourist.

The city of Uglich is a part of Yaroslav Region and is the continuation of historic and cultural legacy of this area. Uglich is rightfully considered to be one of the most beautiful and oldest towns of Upper Volga Regions. There are memorials of different periods of Russian history in Uglich. Among them there are such masterpieces of old Russian architecture as the Chamber of the Palace of Appanage Princes, the three-domed Dormitory (Wondrous) Church, and the ensemble of the Resurrection Monastery. The view of Uglich from the side of Volga is fantastic: scarlet facades of the Church of St. Dmitry on the Blood, reaching to the skies white walls of the Spaso-Priobrazhensky Cathedral, elegant Church of Nativity of John of Baptist, and next to it are the powerful buildings of Uglich hydroelectric power plant and high arcade of flood-gates.